RALF COMMITTEE PRESENTATION – The RALF (Regenerative Agriculture Local Food) Committee convened on the first day and included internationally renowned farmer-rancher, Gabe Brown, presenting on his polyculture methods. He realizes great results by utilizing cover crops to build soil health and vitality, eliminating the use of synthetic fertilizers. His practices have lowered weed pressure and greater water infiltration in recharging the aquifers on his 5000-acre operation.

Bismarck, ND typically relies on the melting snow pack and an average of 8 inches of rain before summer. They are currently experiencing severe drought; only 1.35 inches of rain so far, this year. Gabe, like other farmers that rely on irrigation from the snow melt, will lose his cash crops this year. Additionally, extreme temperatures are effecting all farmers and ranchers in that area of the country.

Gabe has agreed to be a featured presenter at our annual convention Oct.6-8 in Waianae, Oahu at Kahumana Organic Farm. HFUU is seeking sponsors to bring Gabe’s and other presenter’s expertise to the educational workshops being offered.

NFU SUMMER MEETING – While there, NFU hosted a 2-day strategic planning event that focused on supporting the family farm as an overarching theme. The event was followed by a one-day national board meeting and a state-to-state forum. We went on a farm tour and visited the North Dakota State University agronomy seed farm where they are developing non-GMO seed cultivars for farmers to utilize. We also toured an organic soybean facility that is cooperatively working with North Dakota Farmers Union. The facility supplies Japan with organic soybean for their superfood ferment Natto, a most impressive operation.

GOLDEN TRIANGLE AWARD – During the National Board meeting I suggested a motion that was brought forward by Ca. Rep., George Davis, and given unanimous support by the board. At our upcoming September “Fly In” to Washington DC, NFU will honor the work of Congresswomen Tulsi Gabbard with a “Golden Triangle Award” given to those legislators that demonstrated leadership and support for family farmers and ranchers. I am personally looking forward to presenting her with this well-deserved award recognizing how she consistently shows up for the family farmer here in Hawai’i.

CHARTER STATUS – There was an agenda item during the board meeting that reported on the status of HFUU becoming chartered with the national organization. What was voted on was to have the national executive committee be empowered to call a special meeting in the next two weeks to vote on the HFUU charter. It’s been a process we have been working toward since my becoming president in 2012 and we are in the final stages of that milestone.

President, Vincent Mina, representing the values of HFUU at the NFU Summer Meeting.

It is because of you, our members, and the dedicated leadership, who for the most part volunteer their time, that has brought us here. The three criteria needed for charter status is 1) our continued collaborative approach to growing our membership, 2) HFUU governance of our 501 C-5 farm organization in relationship to our 501 C-3 foundation, and 3) consolidated financial reporting of both organizations.

Attaining this status means that from October on we will have the ability to motion and vote at the national table and be eligible to run as an executive board member in the future. Furthermore, it exhibits our commitment to supporting our family of farmers here in Hawai’i while having statutory and regulatory entrees at the National, State and Local levels of government. As pointed out by President Roger Johnson; this is a “big deal” and is the first time in 11 years that a state sub division is being considered as a chartered state division of the National Farmers Union.

These trips to the mainland, representing Hawai’i at National meetings, are challenging, with extensive time away from our farm, sitting day in on board meetings all day, adjusting to the time change within that short travel window, and dealing with dietary challenges. NFU is a big tent for us to operate under. What makes it worthwhile for me is the influence HFUU representation has within the NFU boardroom culture, building relationships, and having the opportunity to share our regenerative values with other state chapter representatives.

Sharing a libation with other state presidents after a day of meetings.

It is my hope that you will continue to support HFUU our mission of advocating and creating vibrant and prosperous agricultural communities here in Hawaii Nei, in whatever way you can.

Mahalo for your support! 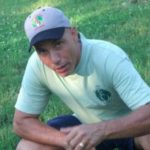