Chapter Notes: The Puna Chapter is on Hawai'i Island.

Meeting Schedule: Monthly on the 2nd Monday of the month at Hawaiian Sanctuary with potluck whenever possible and/or on Zoom when public gatherings are not allowed pursuant to the mayor’s updated proclamations. See “HFUU Puna Chapter” page on Facebook for meeting notices and details.

Agenda is Varied: please check the calendar on the HFUU website or your email for updates.

According to the 2012 Hawaii State Agricultural Baseline Study, Puna supports the tropical fruit tree market in the retailing of fruit trees to individual landowners who plant small stands of fruit trees for home and neighborhood use. This decentralized form of farming rarely shows up on any tally of food production and is a growing segment of the Island’s local food supply. Small farmers on W.H. Shipman lands, in the Volcano area, and scattered elsewhere throughout the district, produce dry land taro, potatoes, pineapples, tomatoes, strawberries, and an assortment of vegetables that are primarily sold to the local market through retailers and farmers markets. There is also a growing amount of small backyard gardening and subsistence agriculture done in the vast agricultural subdivisions where residents have ample land to contribute to their own food self-sufficiency.

A private venture is growing jatropha on 300 acres near Kea‘au. The jatropha bean is high in oil content and can be processed into a biofuel. If yields are sufficient and harvesting practices can be perfected, this new crop could be expanded to aid in the State’s drive towards energy self-sufficiency. There are also several aqua cultural ventures in the district, including one that produces oyster fry for export to commercial producers around the country.

Farms in Upper Puna, from Mountain View to Volcano are scattered broadly. There is a cluster of small farms at the back of Wright Road in Volcano Village that has a long history of truck farm and flower production. The number of active farms in the area has fallen in recent years but there are several small farms producing red potatoes and other truck crops that are not grown elsewhere on the island. Proximity to the Kilauea Volcano and its volcanic emissions has had a negative impact on some crops in recent years but there is significant potential in this upper elevation micro-climate to produce food varieties that don’t grow well elsewhere.

Underlying most of Puna’s agriculture is a land settlement pattern that was shaped by the subdivision of both public and private lands into some 40,000 parcels from ½ to 50 acres in size. Although this rather unplanned parcelization presents challenges for modern land use and infrastructure development in the region, it also offers a rich opportunity for small landowners to participate in farm activities and to flourish or fail without seriously impacting the vitality of the diversified production of the region as a whole.

The large, sub-standard subdivisions, including Hawaiian Paradise Park, Hawaiian Acres, Fern Forest and others, are of sufficient size to support small agricultural endeavors both for subsistence and small scale commercial farm activity. There is no way to be certain that all of the properties highlighted in this figure are currently making a meaningful contribution of the Island’s food self-sufficiency, although the potential for small-lot, decentralized agricultural productivity is apparent.

President, Steve Lund, is also the owner and founder of Hawaiian Sanctuary, an eco-educational retreat and healing center. For the last decade, the Hawaiian Sanctuary family has been committed to rebuilding the soil and natural habitats to welcome the birds and healthy, abundant foods. Since 2012, Hawaiian Sanctuary has held non-profit 501(c)(3) status and has offered free and low-fee classes to the community through a variety of health and wellness programs, including Yoga and Hula, our current Plant Aloha sustainable farming classes. These classes provide the interns and the larger community with a hands-on curriculum promoting the preservation and propagation of staple food crops and native Hawaiian plants species using techniques such as Permaculture and Korean Natural Farming. The Sanctuary is also a cacao farm from which Steve makes bean-to-bar chocolates. He holds two certifications in permaculture, and two in natural farming (one with Master Cho and one with Kim ChongSuk Chang). He also received a natural farming certification from JADAM (Jayonul Damun Saramdul). He has graciously offered Hawaiian Sanctuary as a venue for the Puna Chapter’s Members Meetings. 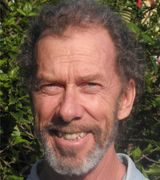 Director, Julia McCormick, is Owner/Operator of Wild Things Hawaii Farm; a creator of unique Hawaiian chocolate, coconut, mamaki/medicinal teas and spices. Julia enjoys slowly growing, producing, and selling the most delicious healthy medicinal chocolate teas, and sugar free chocolates.  One of her goals is to help heal diabetes & blood pressure epidemic through the epicurean world of Hawaiian Chocolates!  Julia believes now, more than ever, it is time to find help for any ailment through medicinal plant arsenals. She holds 2 certifications in Permaculture Design, Korean Natural Farming and Hawaii Beginning Farmers program as well as a bachelors degree in Recreational Therapy from Northern Arizona University.
Minor in Dance Therapy.

Vice President, Scott Laaback, is a regenerative designer, farm-to-table chef, and organizer who works to create regenerative culture and landscapes. He brings broad experience including nearly a decade as a wildland firefighter, working in restaurants and on farms, producing numerous pop-up farm-to-table events, design, installation and maintenance of regenerative landscapes, co-founding Kumukoa House and serving as its Program Director and Permaculture Designer, and serving as the Permaculture Manager and then Landcare Director at Kalanihonua Retreat Center. He currently consults privately doing Regenerative Land-coaching and design. Most recently, Scott is a founding member and President of Center for Getting Things Started, a newly formed 501(c)3 non-profit with a mission to create regenerative economy.

Interim Secretary, Treasurer, Nami Nielipinski, has 16 years of experience in corporate administration including accounting/financing. She is currently developing a 2-acre pahoehoe land in HPP (Hawaiian Paradise Park subdivision, Keaau, HI) envisioned as a food forest/homestead. She is excited to to be alive on this beautiful Mama Earth at this present time to witness the merging of modern technology and indigenous wisdom, especially in the field of food cultivation. She holds certificates in PDC (permaculture design certificate) and KNF (korean natural farming) Level 3.

Director, Jason Riessland, is originally from Southern Oregon and is the current president of CGNF-Hawaii and the creator of Front Yard Foods. His life mission is to inspire in-your-yard, self-reliant food production through educational outreach - supporting many diverse farming methods, as well as a gift-based distribution model (which was used by the Hawaiian people, and all of our ancestors) and building community for present and future generations. He dedicates his passion to his grandfather Jesse who taught him how to cultivate the land. He holds certificates in permaculture design, CGNF Korean Natural Farming level 3 (teacher/manufacturer) and is set to go study advanced certificates with Elaine Ingram’s program and JADAM Natural Farming in the near future. He is a traveling nurse by profession and enjoys helping people in general.

Director, Anthony Anderson, of Grow Paradise, became passionate about gardening and permaculture while living in a small NYC apartment. Since 2004, he has been traveling the world to document permaculture gardens and food forests with the hope of inspiring others to start growing paradise. Originally from Minnesota, he has designed and maintained cold weather food forests along with desert and tropical gardens in Hawaii, Arizona, Cape Town, and California.

Director,Ilana Stout, M.S. is a sustainability educator who lives on Hawai’i Island. She has worked as a teacher in both the Hawai’i Department of Education (2005-2013)  and University of Hawai’i (2013-2020) systems, and her expertise is in environmental science education, with an emphasis on agriculture, conservation biology and climate solutions. Ilana's graduate research examined heritage varieties of seed and seed saving on Hawai'i Island. Ilana has been growing food since she was 4 years old and currently lives on a homestead in lower Puna where she gardens every day.