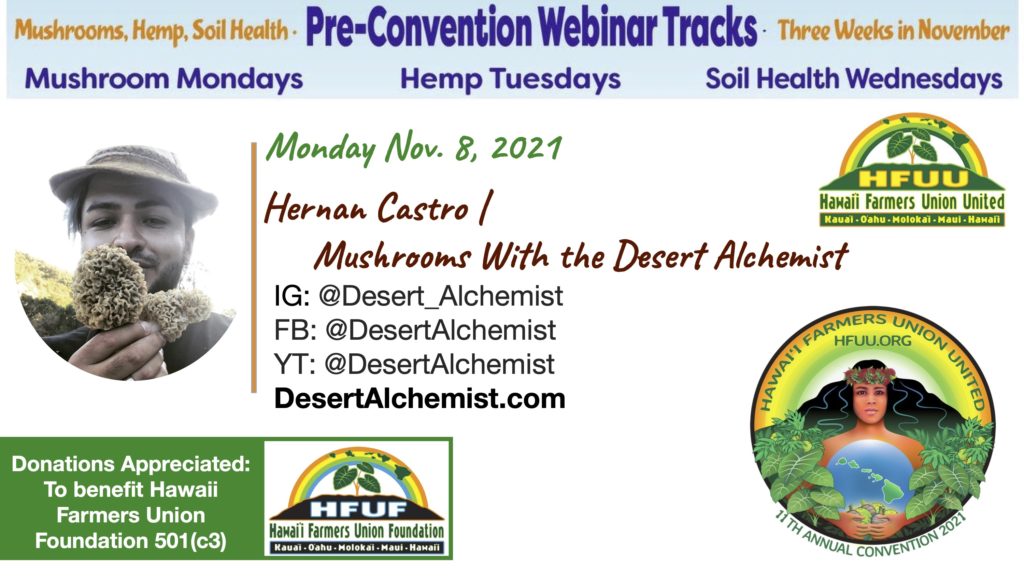 Hernan Castro is the alchemist behind Desert Alchemist – a Tucson, Arizona based company that makes mushroom extracts along with all sorts of other mushroom based products. Castro founded Desert Alchemist in 2017 after learning about the medicinal benefits of mushrooms in order to support his father’s recovery after several strokes. Born in Sonora, Mexico, Castro has always been a naturalist, and that passion for biology led him to research growing and foraging for mushrooms. Castro is largely self taught, learning from mentors in mycology as well as doing continuous independent research on fungi. Affectionately nicknamed the Paul Stamets of the southwest, Castro has grown a large variety of mushrooms that are difficult to grow in the desert. 90% of the mushrooms used in Desert Alchemist’s extracts are made with wild harvested fungi by Castro, and the rest are grown by him. In addition to foraging mushrooms for his extracts, Castro leads foraging workshops during the mushroom season to share his knowledge about fungi and their uses.