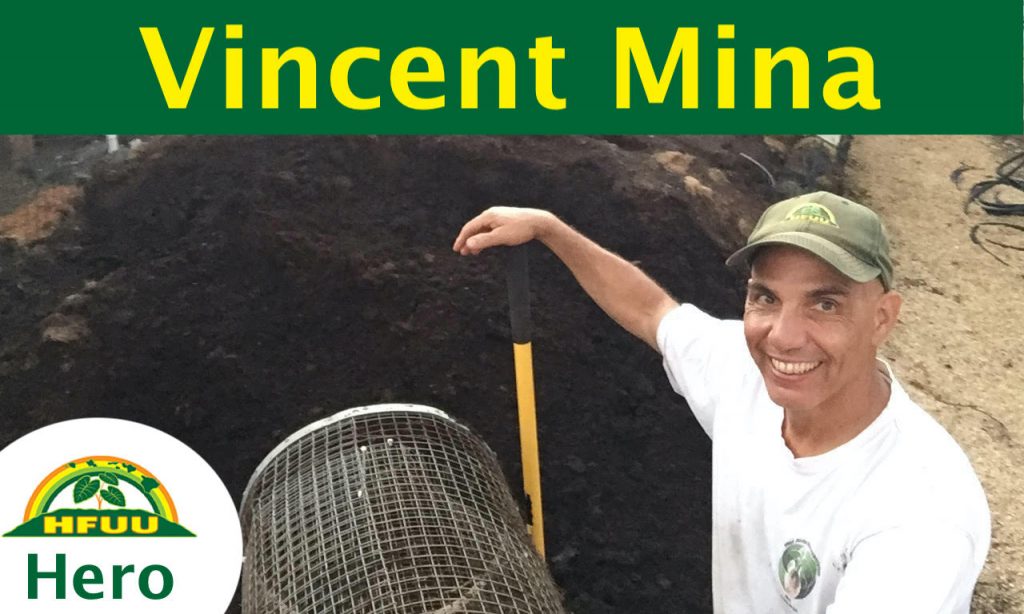 Vincent has been a member of the Farmers Union for over 10 years. He was a member before you could even be a member, and he helped the early leaders form with the wisdom of Jerry Brunetti, what would transform from the Body and Soil Conference into the Nationally Chartered Hawaii Farmers Union United today!

Chartering the Hawaii Farmers Union happened under Vince’s epic leadership. By working with National Famers Union, he positioned the Union to bring the Foundation on board and is now the president of both organizations vital to regenerative agriculture in Hawaii.

Vincent is not only the fearless leader of the Union, he is a Husband, father of 2, President & founding member of HFUU. Chair of HFUF, Maui County Rep. on HI Board of Agriculture. Since 1993, Vince & wife, Irene, have co-owned organically managed urban family farm, Kahanu Aina Greens LLC.  Chair of Natl. Farmers Union special committee “Regenerative Agriculture Local Food” (RALF). Loves to farm/garden, swim in the ocean & jacuzzi in Iao river.

His business plan started as “dig a hole and jump in it”, when he first got into agriculture after his daughter, still in the womb, started craving fresh cut greens. Yes, Vince’s daughter was desiring that his wife be fed the freshest, crisp, naturally farmed greens that only a true Italian could deliver. His family farm has brought life to the Mina ‘ohana and provided sustenance for most of Maui as they have grown to be a major staple on island shelves.

Kahanu Aina Greens operates on a postage size lot, but provides a full time food production center outpacing many other farms of much larger capacity. The key is Vincents compost. That dark, dank lovely stuff he loves putting on social media.