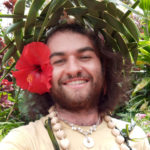 President, Mason Scharer, moved to Maui in 2015 as a work-trader on a small organic farm on the Northshore in between semesters finishing college at University of California, Santa Cruz. After graduating UCSC with bachelor degrees in biochemistry and art, he was hired as the farm manager at the same farm he kept returning to and have been farming ever since. Throughout his seven years on Maui he has had the pleasure of managing a handful of farm, garden and nursery projects. He also helped for a year in the conservation efforts on the island of Kahoolawe with the KIRC for invasive species control and native forest restoration. He is currently the farm manager of the Maui Tea Farm in upper Kula growing both Camellia sinensis and Mamaki. "I joined the HFUU Haleakala chapter in May of 2022 to help support local food production and increase connectivity in our farming community. When not farming around the island, you can find me in my own garden in Haiku or on the beach playing music and making art. I am glad to be a part of HFUU Haleakala chapter and to be part of our growing community." 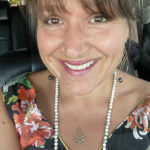 Interim Vice President & Secretary, Karen Reid arrived on Maui in November 2011 and soon thereafter was working in a restaurant in Haiku, just up the street from where the Haleakala chapter met at the Haiku Community Center.  Seeing first-hand how much food was imported, she joined HFUU in April 2012.  She became the State Treasurer of HFUU in December 2015 and held that position for 3 years, where she was responsible for reconciling 12 monthly bank statements in Quickbooks, participated in monthly board meetings and assisted with Five Annual Conventions (2015-2019) on the islands of Maui, Hawaii and Oahu.

Karen was the Vice President of HFUU from May-October 2017 in preparation for becoming chartered by the National Farmers Union (NFU), and was the Membership Chair from January-August 2019.  Karen has worked in Accounts Payable at Mama’s Fish House in Paia since January 2016 and looks forward to working with the Haleakala board. 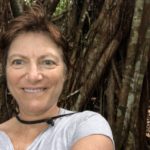 Treasurer, Chetanaa Petra Zoeller has lived in Hawaii since 1986. Got her degree from UH Manoa and then moved to Maui in 1990. She has been an avid back yard gardener/food grower and helped a friend with a larger farm. She is environmentally conscious and finds it uplifting to be part of the nature around her. She raised a son on Maui. Hiking and food foraging are two of her all time favorites. Island Rock Realty LLC is her small 1 woman real estate brokerage with which she focuses on assisting friends and friends of friends to buy or sell property on Maui. She is outgoing, a team player, and loves to participate in positive activities. Being on the board of HFUU, she aspires to keep learning and to do her small part in making the islands more food secure. 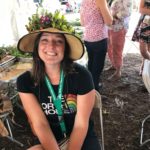 Director, Reba Lopez - Previous Haleakalā Chapter President, Reba along with her partner Devin Lopez, owns and operates Birds With Arms Farms, a third generation tropical fruit farm, focused on mangosteen, spanning 25 acres in Ha‘ikū, HI. She also represents Hawaii in the Beginning Farmer Institute class of 2018 through the National Farmer's Union. Reba and Devin run a booth at the local farmers market selling fresh pressed sugarcane juice and raw hearts of palm as well as sprouts and any other produce in season. You can find her on Instagram @farmerreba or on Facebook at Birds With Arms Farms and read her blog on the website birdswitharmsfarms.com. 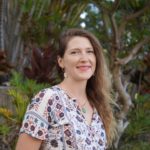 Director, Lauren Nelson- Lauren Nelson serves as the Maui County Food Access Coordinator, working with the Maui Nui Food Alliance and the Hawaiʻi Public Health Institute. Before receiving her M.A. in Gastronomy, the study of food systems and culture, Lauren worked as a farmer on Maui. Lauren has a background in nutrition and climate change policy, working for FAO and volunteering for the Slow Food Movement. She loves hiking, surfing, diving, painting, and trying new varieties of fruit. 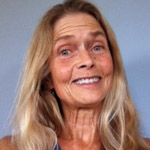 Director, Harriet Witt - is an international-award winning science writer who does astronomy as “edu-tainment” for Maui’s visitor industry. While growing her own kalo, sweet potatoes, veggies, fruit and herbs, she is developing a “farmers almanac for the only planet in the known universe that supports human life.” 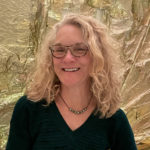 Director, Joanne Parker - Originally from Austin, Joanne moved to Maui in 2020 realizing her lifelong dream of living on land where she can grow her own food. She studied nutrition in college and is a passionate supporter of family farmers. She has served on multiple community and professional boards, and is currently working in a development role for a local foundation here on Maui. 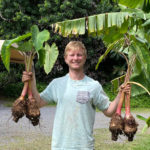 Director, Joe Barrett - Joe is a full time farmer and has lived exclusively in community for the past 6 years. His background in commercial aquaponics, permaculture, and regenerative agriculture coupled with his passion for plants and community are all tools to work towards establishing robust local food systems and better serve Maui. Joe understands and carries the importance of looking to the past and incorporating indigenous wisdom into our present day problems to help guide us into a more regenerative, equitable, and joyous future.

Thank You to Previous Board & Directors 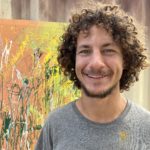 Vice President, Bronson Lubresky, comes from Dixieland Alabama and has developed a passion for Korean Natural Farming, making his own farm inputs, and using everything that's available on the farm. He has worked with O'o Farm providing farm to table dining experience and has recently started a small grass roots farm called Five Corners Family Farm. He is dedicated to natural farming of all forms. Countless hours of researching Masanobu Fukuoka Han-Kyu Cho, Dr. Drake Weinert and other natural farmers continually inspire Bronson to always improve becoming a better steward of the land. 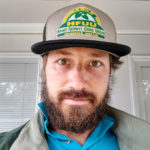 Director, Derek Lindes- is a farmer and educator who strives to champion local food sovereignty through regenerative farming, the written word and the moving image.  He primarily grows kalo, 'uala, and  'ulu as he sees the staple crops as being the first step to agricultural independence on our islands.  He very much appreciates your kokua in taking up tools in this peaceful struggle. 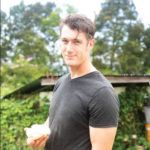 Director, Charles Tressider is a self-taught mushroom farmer on the island of Maui. He specializes in the production of oyster and shiitake mushrooms. The crowning achievement of his farming career is his custom laboratory, the finest mushroom production facility in the state of Hawaii. 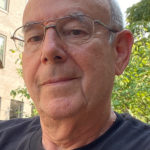 Director, Tim Wolfe is a family man who has lived in Ha’iku since 1989. An early interest in community service led him to join the Ha’iku Community Association over two decades ago, and he now serves on the Board of Directors as the treasurer. Tim was a volunteer for the first annual Ha’iku Ho’olaule’a and Flower Festival, which was held for 25 years as a benefit fund raiser for community organizations until the pandemic arrived. Tim continues to serve as a Board Member of the Hawaii Farmers Union United Haleakala Chapter, which he joined over a decade ago to help promote sustainable agriculture on the island. An abiding interest in the future of the North Shore has led to his recent appointment to serve on the Pa’ia-Ha’iku Advisory Committee of the Maui Planning Commission.

Policy - OPEN - The Policy Committee may meet prior to the annual meeting to prepare rules of procedure for the transaction of business of the meeting and to consider and propose changes in the articles or bylaws for consideration of the members. The Policy Committee shall assist the Legislative Committee in determining the policy goals and objectives of the members by survey of member views, solicitation of Chapter Resolutions or other means as the Legislative Committee or its Chair may request..